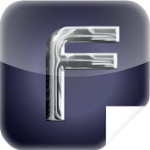 Want to watch this again later?

Oregon House Representative Akasha Lawrence Spence (D) of District #36 serves Portland’s West Side. This includes the Downtown, SW Waterfront and Chinatown areas as well as parts of the NW &amp; SW Hills and Multnomah Village. She was appointed by Multnomah County Commissioners to replace former state Rep. Jennifer Williamson, D-Portland, who resigned in December of 2019 to run for Oregon secretary of state in the 2020 election. Representative Lawrence Spence will hold this position until January of 2021, choosing not to run in the general election. In the Legislature, she strive to create a new level of transparency, engagement, and accountability in the public sphere, centering the voices of the underrepresented and marginalized, a platform she championed during her tenure on The City of Portland's Planning and Sustainability Commission. A transplant from Brooklyn, NY where she worked for Senator Chuck Schumer and a variety of other political campaigns, she became unfulfilled with bipartisan politics and decided to pursue architecture and design instead, and relocated to Portland, Oregon. She is the Founder &amp; Principal Designer of Fifth Element and the founder and President of Melanated a women/femme of color (WFOC) organization, over 250 members strong, based on 3 pillars - civic engagement, financial empowerment, and community stewardship. Everything she focuses on is around economic justice, believing that you can’t have environmental or social justice without it. She joins our host, John Washington, in a conversation that is intellectually empowering and, as always, unapologetically Black in nature. They cover subjects that range from the fear of Black males; the economics of Covid-19; why Black people need to own more buildings; and how politics is in EVERYTHING.

Welcome to Black Beat podcast where we will share the hard hitting conversations we have with Black and other news-makers of color.
Apathy is a disease of the spirit, diminishing all manner of belief in one’s self and ability. For too long it has run rampant in Black and other communities of color, fueled by the constant drip of inequitable distribution of wealth creation opportunities and the systemic invalidation of our presence. This has created serious fragmentation. It took a special set of circumstances to create this condition and it will take a special set of circumstances to remove this blight of spirit.
Led by Flossin Media’s CEO &amp; Editor in Chief John Washington, Black Beat takes his unapologetically Black approach to each discussion for a deep dive into the core issues that have historically divided us all.
Our featured conversers will include local, regional and national Black news-makers representing views from the hood, to the boardroom and beyond in order to disrupt the traditional “white noise” and bougie rhetoric. Episodes will also feature other Flossin Media/ Magazine writers who are well stoked by the fire their leader has ignited. Always inspirational, educational and motivational, Black Beat will empower listeners to solution oriented action and reinforce the perceptions of capability, significance and influence that lives within us all and grows exponentially if nurtured.