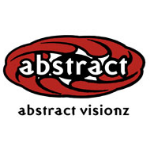 Want to watch this again later?

Fez hats were once a symbol of the Ottoman Empire. But after they were banned in Egypt in the 1950s, fez shops largely disappeared. We visited one of the last shops in Cairo, where Nasser Abd El-Baset has been making fezzes for over 40 years.

Nasser does not have a website and sells his fezzes locally in Cairo.

You must login to be able to comment on videos
Reply